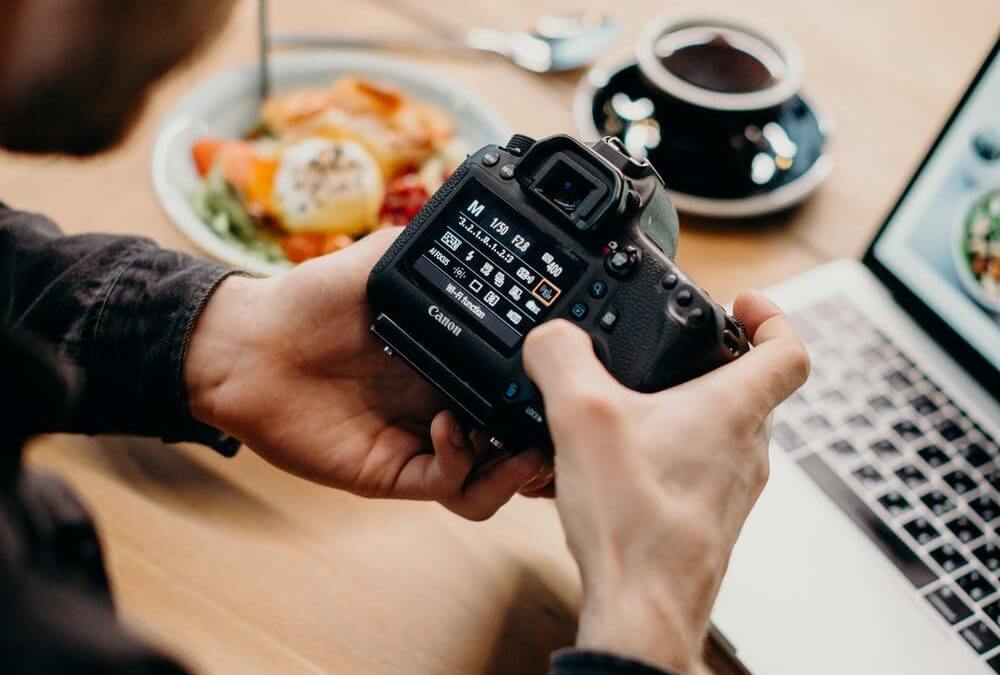 Digital photography for beginners can be confusing. The first thing a lot of beginner photographers do once they unbox their new camera is switch it on to ‘auto’ and start firing off the shitter.

I get it, it’s the easiest and fastest way to take a photo. But that convenience has its flaws because the auto function offers nothing in terms of full creative control.

To learn and grow as a photographer within any genre or style of photography you need to have complete control over your camera’s settings.

Camera settings play a part in several areas, from the blur in a photo to the colour.

To save an overload of information, in this article of photography for beginners I’ll be going through the exposure settings of a camera.

When you switch your camera into auto mode, the camera automatically chooses the settings for you.

But here’s the problem, the computer that lives inside your camera doesn’t have the same creative capabilities and visions that work inside your mind.

To make that creative vision that lives inside your mind into a meaningful photograph that tells a story, you need to understand and adjust exposure settings. 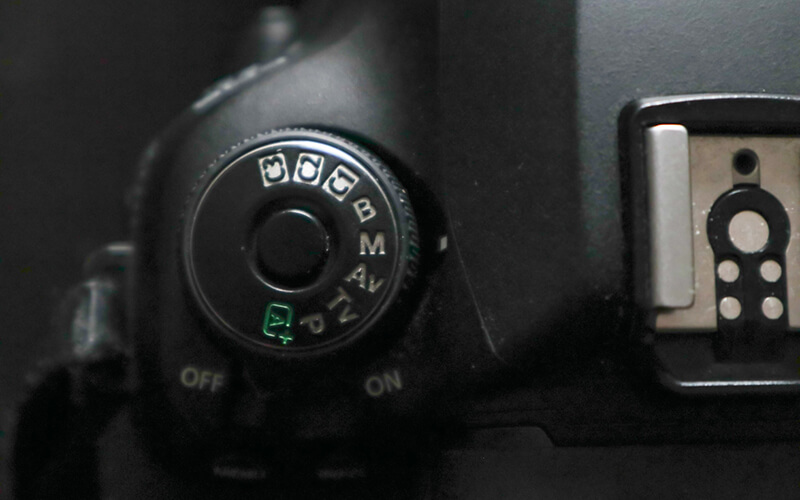 Besides controlling how bright or dark your photograph is, Exposure settings also control the amount motion blur, depth of field and resolution your image has.

There are three elements that make up your exposure settings. They are shutter speed, aperture, and ISO.

Let’s get into this photography for beginners tutorial.

When you press the shutter button on your camera the shutter opens and closes to let light in to capture the image. Your shutter speed determines how long that shutter stays open for.

Longer shutter speed will let in more light in because the shutter is open for longer which will create a brighter image as a result, often with more motion blur.

Shorter shutter speed is the opposite, the shutter is open a lot shorter which will result in a darker photograph, and it will also reduce the amount of motion blur as a result.

Shutter speed is indicated on your camera as fractions of a second.

For example, a shutter speed that is 1/500th of a second long will be displayed as 1/500 on cameras. If the shutter is open for a second or longer, it’s displayed as 1″ and so on. 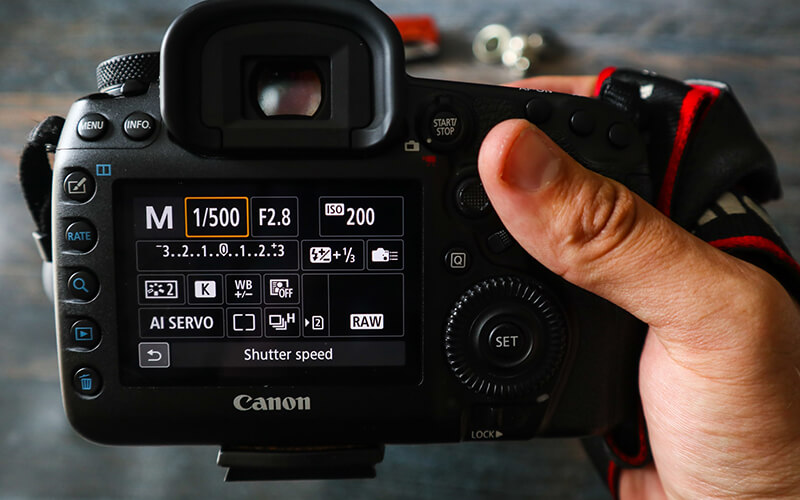 A fast shutter speed, such as 1/640, will freeze most movement in the photograph depending on how fast the subject is moving through or around the frame.

In situations like sporting events,  I think you should prioritise shutter speed over the other settings, Keep the shutter as fast as possible to capture all the action sharply.

But remember, having faster shutter speed limits the amount of light coming into the lens.

When you find yourself In darker environments with hardly any natural or artificial lighting, then a relatively slow shutter speed such as 1/50 may be needed to compensate. This is so you can save the photograph from being too dark or underexposed.

When choosing what shutter speed to set your camera at you should think about finding the right balance between exposure and motion blur. If the subject isn’t moving or at best slow-moving, the shutter speed can be a low setting such as 1/50.

If the subject is moving, especially at a fast rate of speed such as a car in a streetscape or music festival, you’ll want a shutter speed to freeze the action which will be at least 1/250. Sports events, as mentioned before would require even more.

It will come down to a lot of trial and error but once you expose yourself to different environments enough your eye will tell you automatically what your shutter speed should be set to that best suits the environment your in.

If you can’t reach high enough shutter speeds for what you need, you’ll have to compensate with some artificial light which we call ISO.

ISO will introduce more light into your shot, but it will also introduce more grain to your image which we call noise. It’s a slight drawback of ISO but correcting noise is much easier than fixing a motion-blurred image when you come to editing.

NOTE: motion blur comes from more than just a fast-moving subject. If you set your shutter speed too low, the slight movement of your hands can blur the image as well.

A general rule in photography is to keep the bottom number of the shutter speed at or higher than your focal length.

For example, if you are shooting with an 85mm lens, you should be using a shutter speed of at least 1/80. 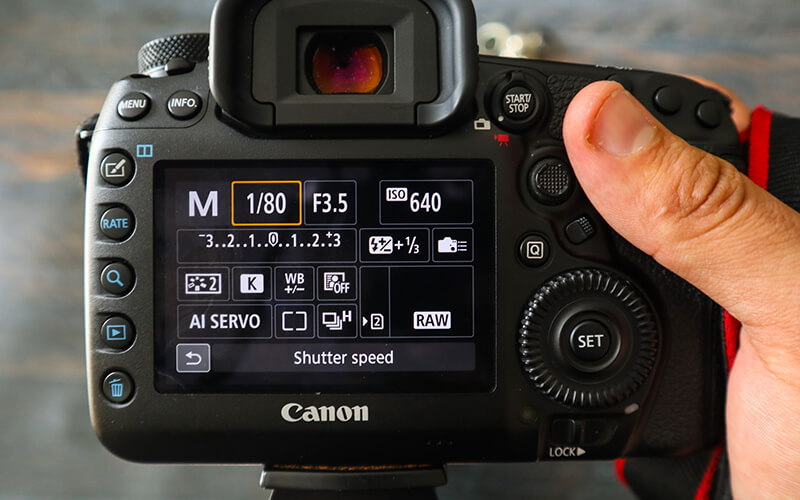 The only time this rule can be ignored a bit is if you’re using a tripod, the tripod will be able to keep the camera a lot steadier than you ever could. But you may need a wireless remote as the touch of the shutter button could be enough to cause motion blur.

To find your rhythm just experiment, experiment as much as you can in different environments with your camera and the stability of your hands to know and push your limits.

Next up for this lesson of photography for beginners is Aperture.

A camera lens aperture controls the size of the opening in the lens.

This will then create a brighter image.

Shutter speed is shown as a fraction, but the aperture is measured in f-numbers.

A low f-number, such as f/2.8 is a really wide aperture that lets in lots of light. 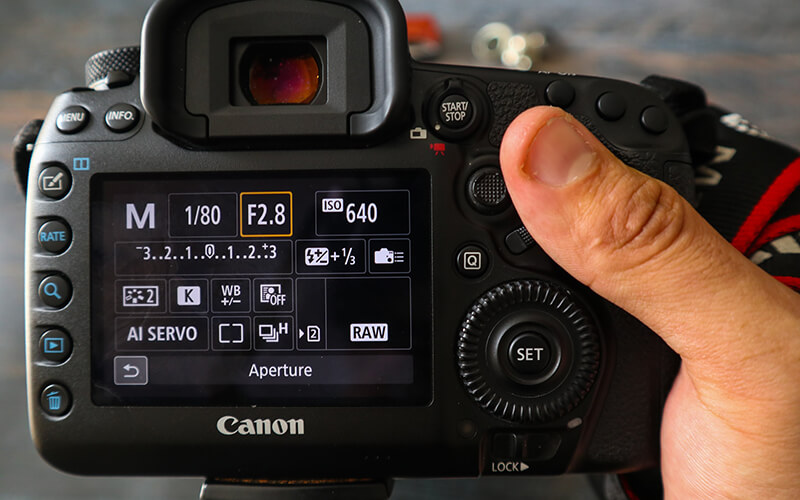 A high f-number, such as f/20, is a really small and narrow aperture that lets in less light. 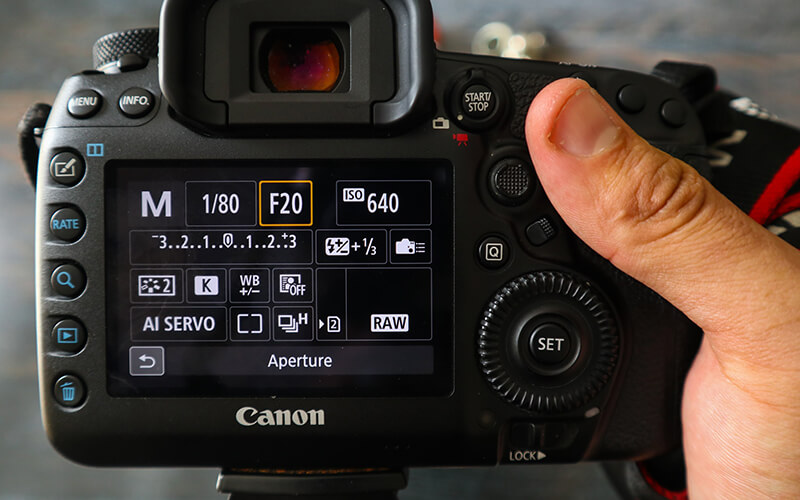 Aperture has two roles, it affects the photograph’s exposure level and it also plays a big part in the amount of depth of field, or how sharp the photo is.

A photo with a shallow depth of field has a very soft, milky or blurred background.

A picture with a wide depth of field has the opposite effect, it leaves more of the details in the photograph sharp.

Like shutter speed and everything in photography, the aperture is all about balance.

A wide aperture is helpful for blurring the background enough to draw the viewer’s attention towards the subject, especially in portraits.

A narrow aperture on the flip side will keep more of the photograph sharp and crisp, for example when taking a group photo. It will also allow intentionally slow shutter speed, such as when blurring the motion of a waterfall.

The third and final piece to exposure settings for this tutorial of photography for beginners is ISO.

This setting determines how sensitive your camera sensor is to light.

A really low ISO, such as ISO 100, maintains a high level of image quality, with no grain but isn’t very sensitive to light.

A higher ISO setting like ISO 5000 is much more sensitive to light but means you’re a lot more vulnerable to grain or noise appearing in your photograph. 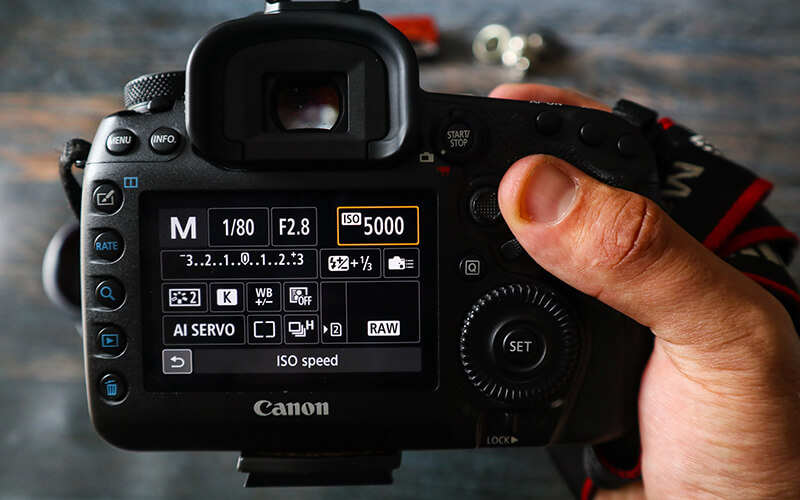 ISO is like the middle man, it’s there to help balance out shutter speed and aperture.

If you want to keep most of your frame sharp and crisp with a narrow aperture, for example, you can bump your ISO higher. But not too much to avoid as much grain as possible

If you are shooting in low light but need fast shutter speeds to freeze motion, you can bump up to a high ISO, again, be careful

You should keep ISO low if possible, such as when shooting on a bright sunny day. But you can use it when faster shutter speeds or narrower aperture is more important.

Like with shutter speeds and aperture, ISO is all about balance. Experiment in different shooting conditions and find your sweet spot.

As tempting as it could be to just leave your camera on the ‘Auto’ function – DON’T!!!

Switch it straight to ‘Manual’ and learn and test your camera’s capabilities, learn how it works and how it functions under different conditions.

But most of all, allow yourself to have more creative freedom and control to bring what you envision to life.

If you can master the exposure settings, if you can understand how shutter speed, aperture, and ISO work together your images will from “meh” to “HOLY HECK” especially when you get them into your editing software.

You survived the first chapter of photography for beginners!! I hope this article helped you understand exposure setting a bit more, in the next article I’ll be talking more about white balance and focus points so hang around for that one.

If you would like to read and learn more tips, tricks and stories about photography then click here. 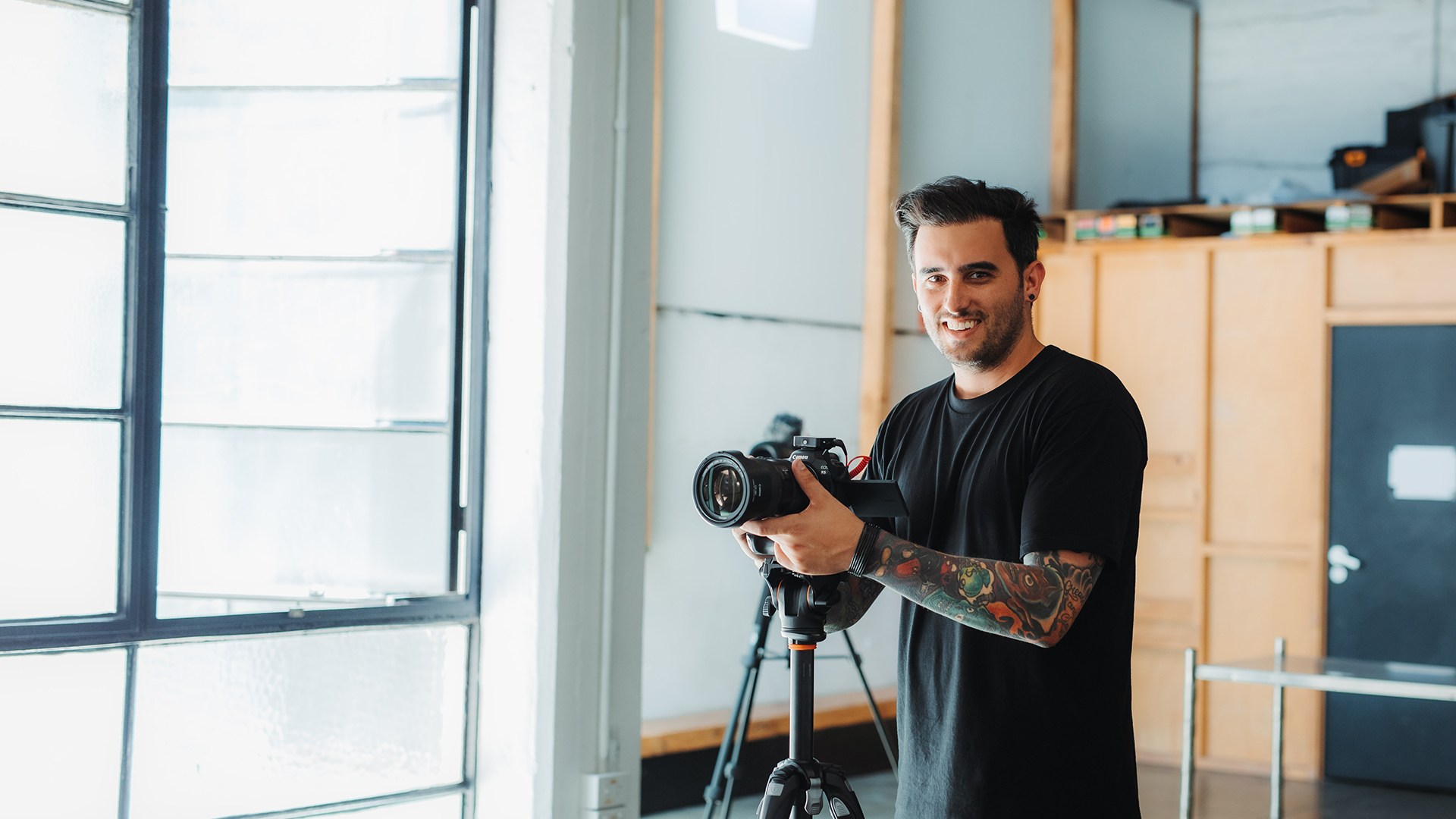 5 Important Reasons Why Your Business Needs a Branded Video Content 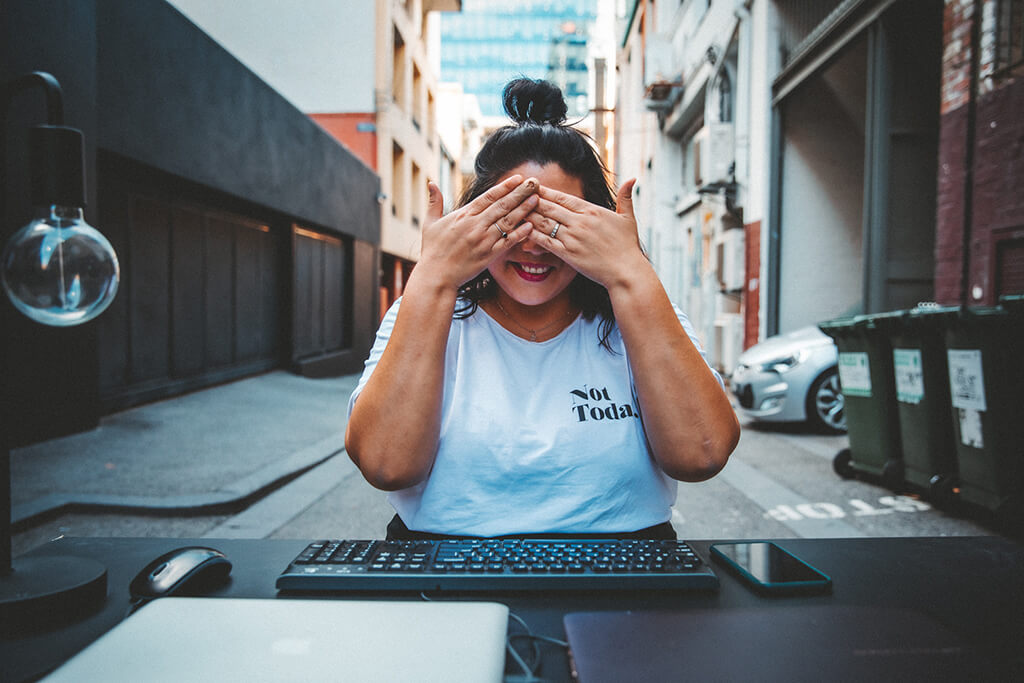 How to optimise images for web 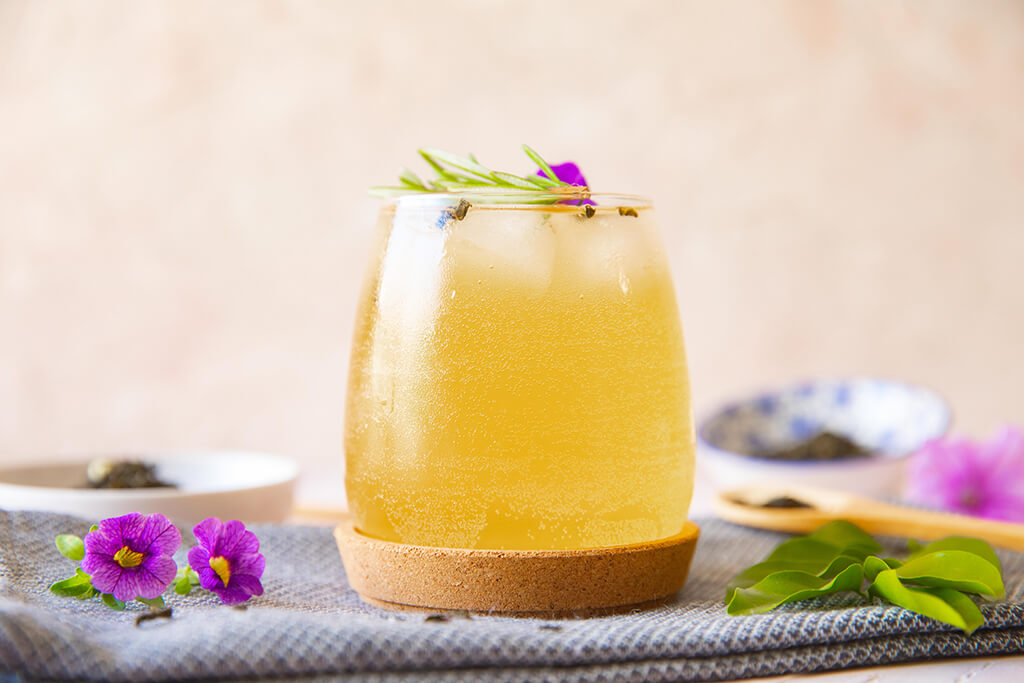 Let me land in your inbox and learn more about business and personal branding photography, product photography and creating amazing content for your brand.